What’s ahead for the economy…

Remember these are all estimates from the Government. They are conservative and, I dare say, hopefully a worst case scenario so the Government can claim they are good economic managers in the lead up to the next election. That’s politics… or am I a cynic?

Anyway here’s the snapshot of the economic update;

Economic Contraction; the sharpest fall on record in the June quarter but expected to pick up in this September quarter with the easing of restrictions in most parts of the country. On an annual basis the economy is expected to contract 0.25 per cent in the last financial year and 2.5 per cent this financial year. 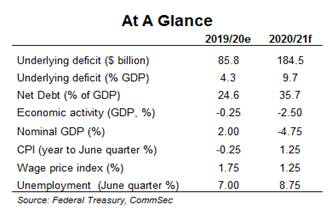 You would have heard a lot about “V” or “U” or “W” shaped rebounds for the economy after the worst of this pandemic is over.

This chart from the Government’s economic update tends to point to “V” recovery… big plunge followed by a big recovery. But unemployment always takes longer to improve. 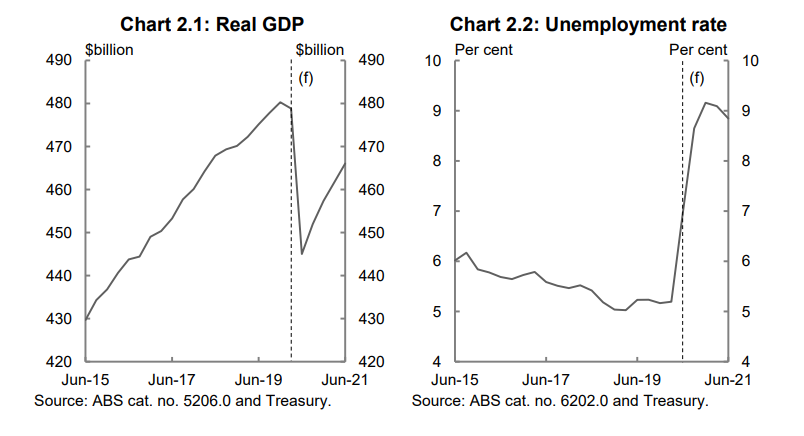 I’ve shown this chart before but it, again, illustrates that Australia’s Government debt levels were in much better shape going into this economic crisis than that of most other countries. This chart is from the last Reserve Bank board meeting. 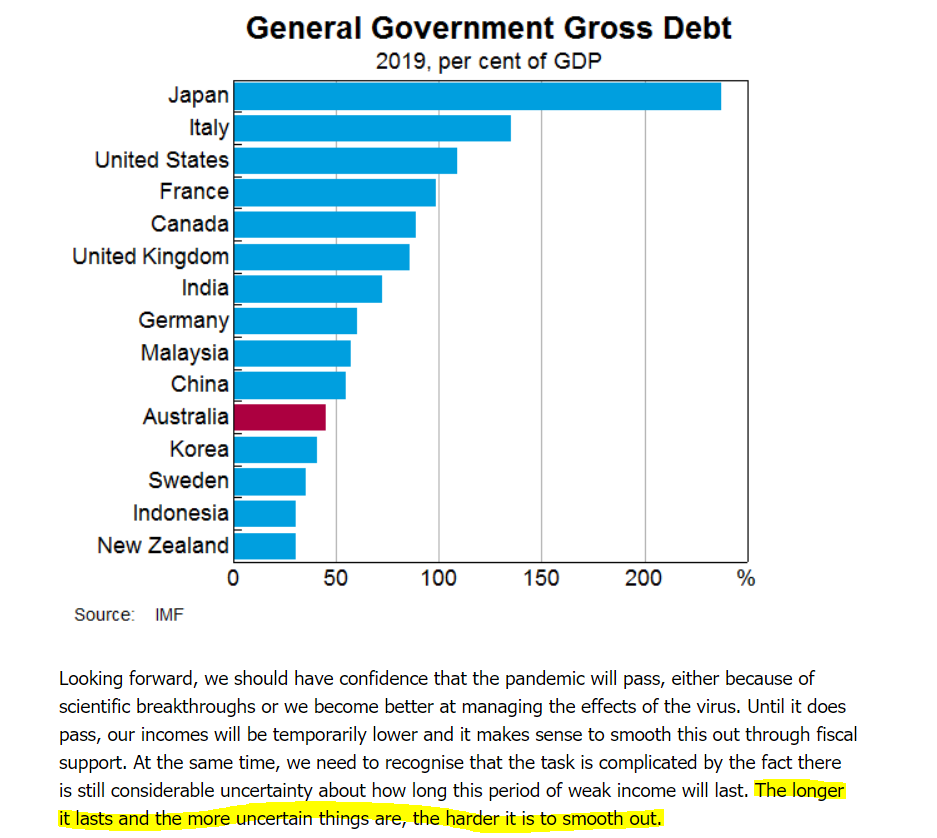 Connect with 128,529 soloistsJoin the movement

128,529 people use Flying Solo to help them create a business with life. Do you?